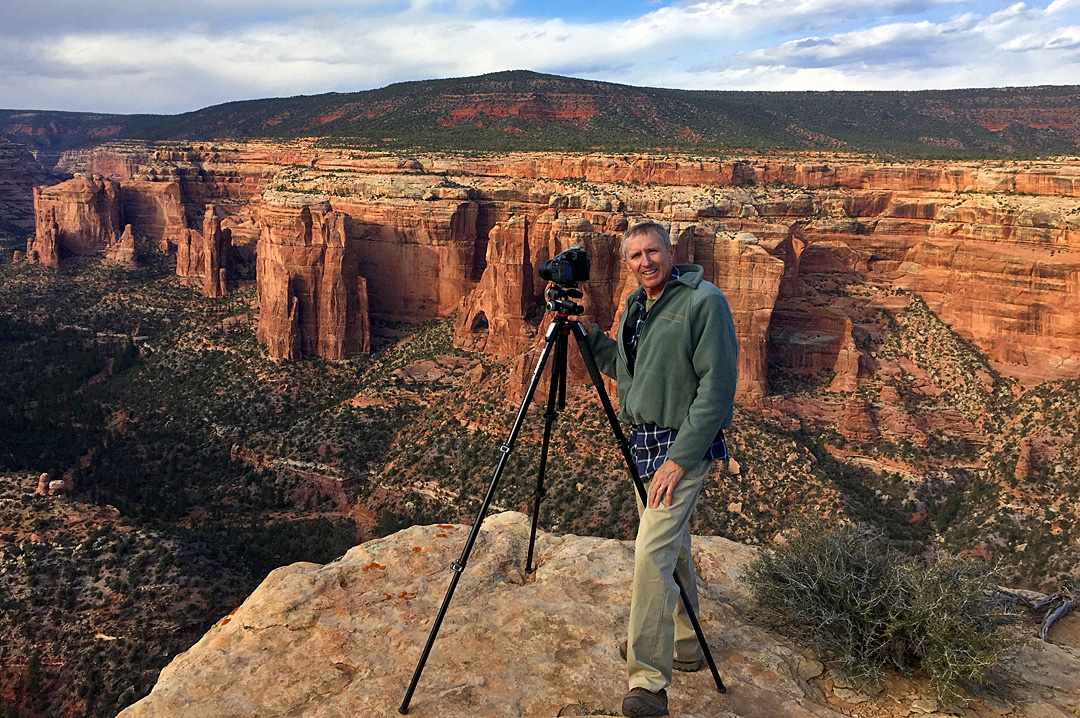 
Dale Malmedal was raised in a rural farming community in northeastern Colorado only a few short hours from the front range of the Rocky Mountians. Throughout his childhood family camping in the mountains came to be the anticipated pastime.  His fond memories of his early experineces in the high country were very family oriented and blossomed into a passion for the wild places that remain in North America.

During High School and into his young adult life he developed a love of backpacking.  He has backpacked the wilds of the Pintlar and Beartooth Mountains of Montana, the Wind Rivers of Wyoming and throughout Colorado and into New Mexico. Throughout this time he also started to capture the beauty of these wild areas on film.  Coming from a family background of photographers and print makers, this became a natural extension of his love of the outdoors.  It was, in fact, during his High School career that Dale truly began to develop his artistic talent with the camera.  He was duly recognized by an award for news photography.  After High School his vision also came to include something else. Prompted by his desire to be used in a special religious service, his adult years took him away from the Rockies to the Mid-West.  There he met his future wife, Gaelynne, and they were wed in 1979.  Since their marriage, Dale has also instilled in his wife the same passion for the wild areas that he developed during childhood. Dale's career as a professional photographic artist began in the summer of 1995, when he and his wife began touring with Dale's work on the juried art festival circuit.  Dale has exhibited his work throughout the United States.  His artistic talent has been recognized  by various awards during this time.  In December 1998 he "settled down" in his own gallery in the heart of the area he loves most, the San Juan Mountains of Southwest Colorado.

Dale displayed his photographic art in his gallery in Telluride for nearly 16 years, closing it in Spetember 2014. EXCITING NEWS:  Dale has opened Naturescapes Gallery in SILVERTON, COLORADO!  His gallery is located just 1 block North of where the Durango & Silverton Narrow Guage Railroad lets off the passengers.

Some comments elicited by his work are:  "Best Southwest scenic" and "This is as good as photography gets!"  For the finest in Colorado landscape photography stop by and see Dale  now displaying his work in Silverton, Colorado.